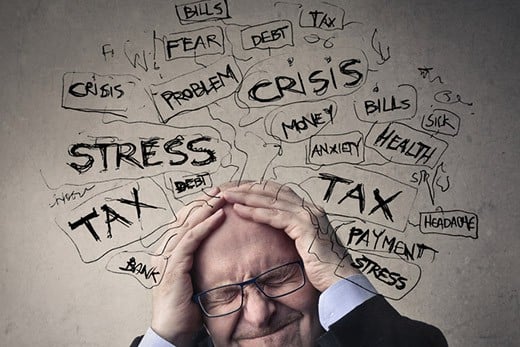 Hysteria. Hypochondria. Nervous fits. For decades, people who battled a cluster of symptoms — from blindness to paralysis to seizures — with no discernable physical cause were dismissed by the medical establishment as malingering, attention seeking, or worse.

As the field of psychiatry progressed, however, a number of “conversion disorders” were recognized as emotional stress being converted to physical symptoms. They are now known as functional neurological symptom disorders. And the symptoms, including those that are stress or trauma related, are treated as physical ailments — which they are.

“What’s going on is, in fact, changes in the brain,” says Mark Hyman Rapaport, chair of Emory’s Psychiatry and Behavioral Sciences Department. “And the good news is that with appropriate diagnosis, one can get better.”

Barbara Klein suffered the “shame and stigma” of having such a condition, which took years to be properly diagnosed.

“You are really alone until you find someone with compassion,” she says. “People, even medical professionals, were very dismissive. They told me to snap out of it, that it was all in my head. People would say, ‘What do you have to be depressed or anxious about? Your husband loves you, you have a beautiful home.’ It was a very scary time.”

Klein’s physical symptoms included seizure activity and, ultimately, an inability to speak. She was misdiagnosed with Huntington’s disease, depression, “all sorts of things,” she says. “Doctors tried one medication after another, especially ‘happy pills.’ Much of that time is a haze.”

Finally, she found a doctor who conducted a detailed physical and mental health evaluation.

“He told me that childhood trauma I had experienced kicked in my fight-or-flight response, which had been stored up inside me and was now making me sick. It needed an outlet,” she says. “I understood that. It was real, and we needed to fix it.”

Klein and her husband, Mark, are partnering with Emory to sponsor a series of Mind-Body conferences.

“This conference series is about ethics, collaboration, and the union of scientific inquiry with humanistic study,” says Rapaport. “There is a real need to fund research in this area.”

The first Klein Mind-Body Conference was in 2015, and a larger gathering, the Partners in Treatment Innovation for Functional Neurological Disorders conference, will take place March 3 and 4 at the Emory Brain Health Center.

“There are thorny issues and value conflicts that arise at the neurology-psychiatry interface,” says Karen Rommelfanger, an Emory neuroethicist and director of the conference series. “The number of these patients rivals the number of patients with ALS and MS, but until recently they had no advocacy organization or formal funding mechanism. In fact, there is no standard curriculum around functional neurological disorders nationwide, yet every neurologist is likely to encounter one of these patients early in their training and certainly in their careers.”

The Emory Brain Health Center also is planning to establish a pilot multidisciplinary clinic for patients with functional neurological disorders. About 30% of patients with seizure disorders and 10% with movement disorders fall under this diagnosis, Rapaport says.

“There remains an amazing amount of prejudice and stigma about diseases of the brain, where our memories, thoughts, speech, feelings, and creativity reside,” he says. “Diseases of this, our most complex organ, are so frightening to us.”

Klein remembers well the relief of finding out that what she had was real and that help was available.

“When someone gets cancer, they are put on a prayer list, people bring by food, there are support groups,” she says. “We need to extend this compassion to people with mental diseases as well. They must not be shunned.”

1 thought on “When stress becomes physical”