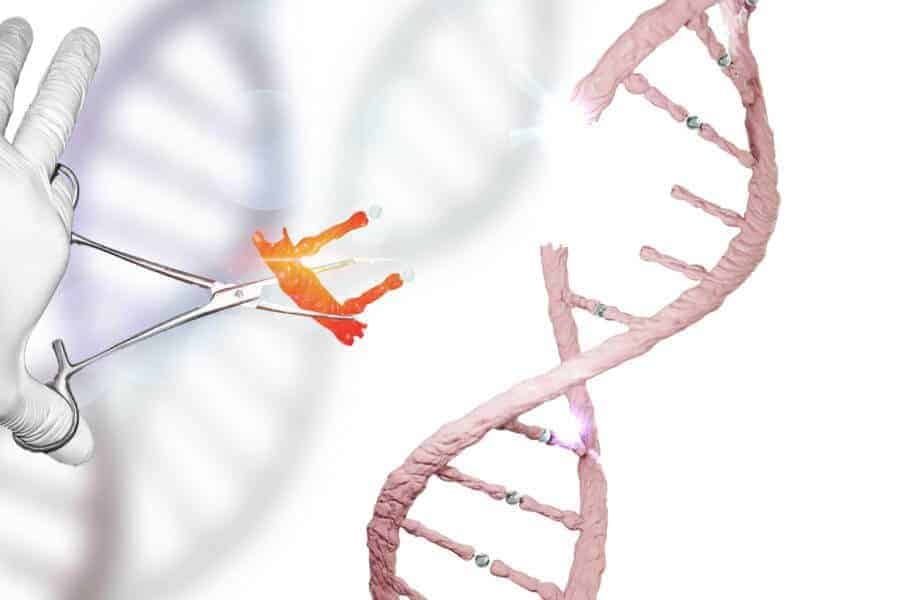 Using genome editing to inactivate a protein called PCSK9 effectively reduces cholesterol levels in rhesus macaques, a species of monkey, according to researchers from the Perelman School of Medicine at the University of Pennsylvania.

This is the first demonstration of a clinically relevant reduction of gene expression in a large animal model using genome editing. The team published their study this week in Nature Biotechnology, in which they describe a possible new approach for treating heart disease patients who do not tolerate PCSK9 inhibitors—drugs that are commonly used to combat high cholesterol.

Normally, the PCSK9 protein prevents receptors from removing excess LDL (“bad” cholesterol) in the liver. In the clinic, it has also been shown that inhibiting PCSK9 can lower LDL in humans. However, some patients with hypercholesterolemia—an extreme form of cardiovascular disease—do not tolerate these drugs. This study suggests that genome editing shows promise as a therapeutic approach for these patients.

“Most often these patients are treated with repeated injections of an antibody to PCSK9,” said first author Lili Wang, PhD, a research associate professor in Medicine. “But, our study shows that with successful genome editing, patients who cannot tolerate inhibitor drugs might no longer need this type of repeat treatment.”

Coauthors at Precision BioSciences, a biotech firm in Durham, NC, engineered an enzyme called a meganuclease to specifically recognize and inactivate the PCSK9 gene. In this study, the scientists employed an adeno-associated virus (AAV) vector carrying the meganuclease to disrupt the PCSK9 gene in the primates’ liver.

In animals treated with middle- and high-dose AAV vectors, PCSK9 levels reduced by 45 to 84 percent and LDL levels reduced by 30 to 60 percent, both clinically relevant and stable reductions. Molecular analyses of biopsied liver tissue also demonstrated that genome editing induced mutations in 40 to 65 percent of the PCSK9 genes. Importantly, the AAV vector doses used in this study have been safely and effectively used in clinical trials of AAV gene replacement therapy for patients with hemophilia.

“Our initial work with several delivery and editing approaches produced the most impressive data in non-human primates when we paired AAV for delivery with the engineered meganuclease for editing,” said senior author James M. Wilson, MD, PhD, a professor of Medicine and Pediatrics and director of the Gene Therapy Program at Penn. “We leveraged our 30-plus years of experience in gene therapy to progress the translational science of in vivo genome editing, and in doing so, reinforced the importance of early studies in nonhuman primates to assess safety and efficacy.”

Future studies will focus on ways to mitigate immune toxicity and the occurrence of editing in targets outside of the desired site within the PCSK9 gene. In addition to patients with hypercholesterolemia, these data should also inform potential use of this approach for a broad spectrum of liver metabolic diseases caused by mutations in other genes.

The study was supported by Penn Medicine and Precision Biosciences.