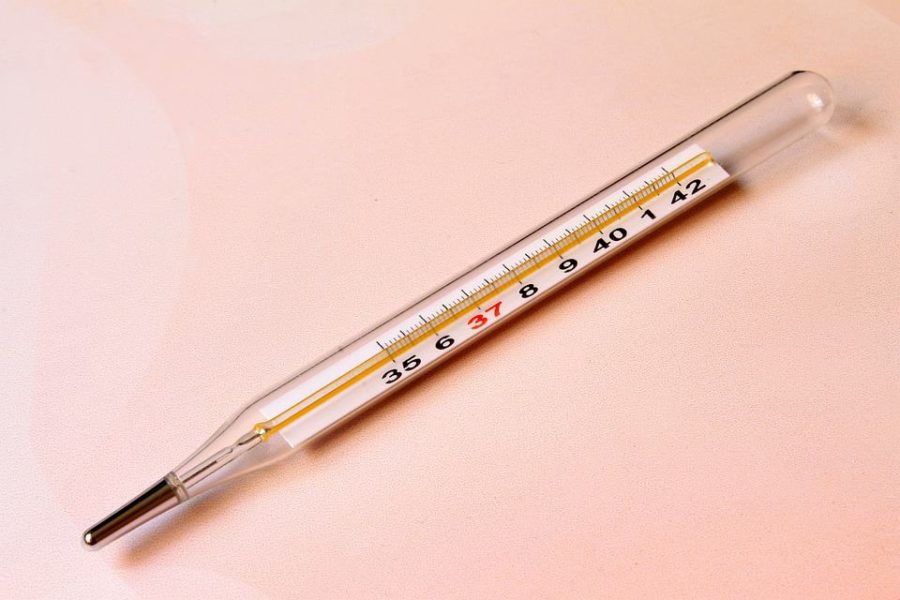 Since the early 19th century, the average human body temperature in the United States has dropped, according to a study by researchers at the Stanford University School of Medicine.

“Our temperature’s not what people think it is,” said Julie Parsonnet, MD, professor of medicine and of health research and policy. “What everybody grew up learning, which is that our normal temperature is 98.6, is wrong.”

That standard of 98.6 F was established by German physician Carl Reinhold August Wunderlich in 1851. Modern studies, however, have called that number into question, suggesting that it’s too high. A recent study, for example, found the average temperature of 25,000 British patients to be 97.9 F.

In a study published today in eLife, Parsonnet and her colleagues explore body temperature trends and conclude that temperature changes since the time of Wunderlich reflect a true historical pattern, rather than measurement errors or biases. Parsonnet, who holds the George DeForest Barnett Professorship, is the senior author. Myroslava Protsiv, a former Stanford research scientist who is now at the Karolinska Institute, is the lead author.

The researchers propose that the decrease in body temperature is the result of changes in our environment over the past 200 years, which have in turn driven physiological changes.

Digging into the past

Parsonnet and her colleagues analyzed temperatures from three datasets covering distinct historical periods. The earliest set, compiled from military service records, medical records and pension records from Union Army veterans of the Civil War, captures data between 1862 and 1930 and includes people born in the early 1800s. A set from the U.S. National Health and Nutrition Examination Survey I contains data from 1971 to 1975. Finally, the Stanford Translational Research Integrated Database Environment comprises data from adult patients who visited Stanford Health Care between 2007 and 2017.

The researchers used the 677,423 temperature measurements from these datasets to develop a linear model that interpolated temperature over time. The model confirmed body temperature trends that were known from previous studies, including increased body temperature in younger people, in women, in larger bodies and at later times of the day.

As part of the study, the authors investigated the possibility that the decrease could simply reflect improvements in thermometer technology; thermometers used today are far more accurate than those used two centuries ago. “In the 19th century, thermometry was just beginning,” Parsonnet said.

To assess whether temperatures truly decreased, the researchers checked for body temperature trends within each dataset; for each historical group, they expected that measurements would be taken with similar thermometers. Within the veterans dataset, they observed a similar decrease for each decade, consistent with observations made using the combined data.

While the authors are confident of a cooling trend, the strong influences of age, time of day, and genders on body temperature preclude an updated definition of “average body temperature” to cover all Americans today.

The decrease in average body temperature in the United States could be explained by a reduction in metabolic rate, or the amount of energy being used. The authors hypothesize that this reduction may be due to a population-wide decline in inflammation: “Inflammation produces all sorts of proteins and cytokines that rev up your metabolism and raise your temperature,” Parsonnet said. Public health has improved dramatically in the past 200 years due to advances in medical treatments, better hygiene, greater availability of food and improved standards of living.

The authors also hypothesize that comfortable lives at constant ambient temperature contribute to a lower metabolic rate. Homes in the 19th century had irregular heating and no cooling; today, central heating and air conditioning are commonplace. A more constant environment removes a need to expend energy to maintain a constant body temperature.

“Physiologically, we’re just different from what we were in the past,” Parsonnet said. “The environment that we’re living in has changed, including the temperature in our homes, our contact with microorganisms and the food that we have access to. All these things mean that although we think of human beings as if we’re monomorphic and have been the same for all of human evolution, we’re not the same. We’re actually changing physiologically.”