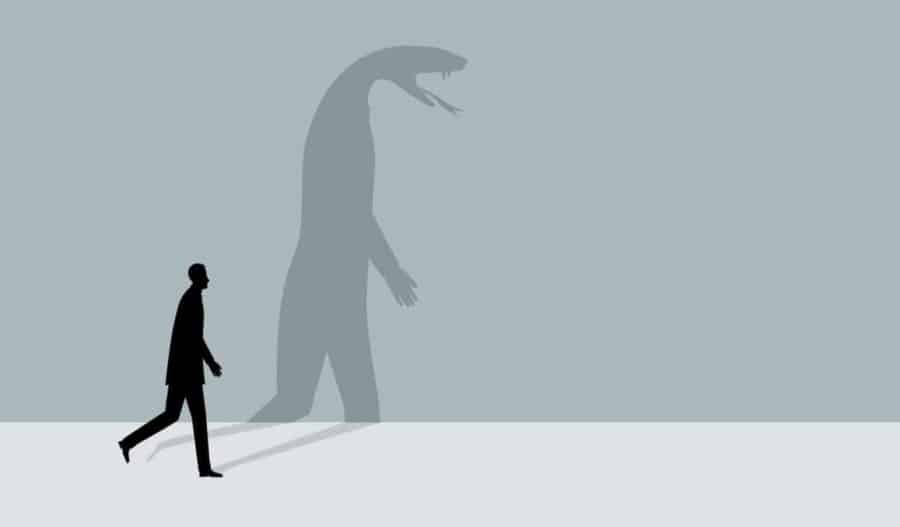 “Narcissists are adept at self-promotion and often shine in job interviews,” Charles A. O’Reilly says. Which means the depth of their pathology doesn’t reveal itself until they gain power. | iStock/dane_mark

What traits do we look for in our leaders? Ask someone what distinguishes a forceful leader, in business or politics, and they’re likely to mention self-confidence and charisma. Great leaders, we say, are bold and strong-willed. They have a vision for creating something new or remaking a company or a country. They challenge conventional wisdom and are slowed by neither self-doubt nor criticism.

These are the individuals whom corporate boards tend to select as CEOs, especially in times of upheaval, when the status quo is failing. They’re adept at self-promotion and shine in job interviews. Then, once they’re in power, we find out who they really are.

Sometimes they’re as good as their promise. But many turn out to be not just confident but arrogant and entitled. Instead of being bold, they’re merely impulsive. They lack empathy and exploit others without compunction. They ignore expert advice and treat those who differ with contempt and hostility. Above all, they demand personal loyalty. They are, in short, raging narcissists.

Charles A. O’Reilly, the Frank E. Buck Professor of Management at Stanford Graduate School of Business, studies how the personalities of leaders shape the culture of organizations and the behavior of those who work in them. In a paper with Jennifer Chatman of the University of California, Berkeley, he reviews the literature on narcissistic leaders, encompassing more than 150 studies, and draws some somber and urgent conclusions.

“There are leaders who may be abusive jerks but aren’t really narcissists,” O’Reilly says. “The distinction is what motivates them. Are they driven to achieve some larger purpose? Do they really want to make the company or the country better, or accomplish some crazy goal like making electric cars mainstream and maybe colonizing Mars along the way? Or is it really all about their own aggrandizement?”

When their self-admiration has some basis in reality, narcissistic leaders can achieve great things; that was certainly the case with Steve Jobs at Apple. But over the past decade, researchers have grown increasingly concerned by the destructive effects of narcissists on organizations. Cautionary tales abound, from Enron to Uber to Theranos.

True narcissists, O’Reilly says, are self-serving and lack integrity. “They believe they’re superior and thus not subject to the same rules and norms. Studies show they’re more likely to act dishonestly to achieve their ends. They know they’re lying, and it doesn’t bother them. They don’t feel shame.” They are also often reckless in the pursuit of glory — sometimes successfully, but often with dire consequences.

But even worse, narcissists change the companies or countries they lead, much like bad money drives out good, and those changes can outlast their own tenure, O’Reilly says. Divergent voices are silenced, flattery and servility are rewarded, and cynicism and apathy corrode any sense of shared purpose in a culture where everyone’s out for themselves. In the extreme, they can destroy the institution itself.

Why Do We Empower Them?

Anyone who was bullied as a kid is familiar with the consoling notion that bullies don’t really believe they’re better than us — they’re “just compensating” for low self-esteem. They present as confident and assertive to mask some inner pain, and we take solace in their secret suffering, maybe feigning pity for their brokenness.

Unfortunately, that generous assessment is not always true.

“That’s the classic case of vulnerable narcissism recognized in psychiatry,” O’Reilly says. “But in the last decade or so, there’s been an outpouring of research on what’s called grandiose narcissism. These individuals have high self-esteem. They are much more agentic, more extroverted, and really more dangerous. And evidence shows that they’re achieving high positions in organizations, getting promoted and making more money than normal people.”

Such individuals seek positions of power where they can be admired and can demonstrate their superiority. And they tend to gain those posts because they look like prototypical leaders. “There must be 20 or 30 studies that demonstrate this,” O’Reilly says. “If you gather a group of strangers and give them a task, those who are more narcissistic are much more likely to be selected as leaders.”

You end up with these individualistic cultures with no teamwork and low integrity. We’ve documented this in a bunch of Silicon Valley tech firms.

O’Reilly thinks we may especially tend to choose narcissistic leaders in times of turmoil. “In the last few decades, big companies like automakers and banks have been threatened by technological disruption. So you could imagine that in anxious times people are looking for a hero, a confident person who says, ‘I have a solution.’” They may be the only ones who are confident in such times.

“By the way,” he adds, “I haven’t researched this, but I think venture capitalists love these people. For their business model, which is to invest in 10 companies hoping that one pays off big, it makes sense. If I’m a VC and I see one startup that’s headed by an introverted engineer and another that’s led by someone who says, ‘Yeah, I’m going to change the word, and if you don’t get it, then you’re a bozo’ — I’m going to go for the visionary spiel.” In a way, it’s an investment model predicated on grandiosity.

Because narcissists are fundamentally driven by their own self-interest, lack empathy, and are less constrained by ethical standards, they can cause tremendous harm once in power and can even put the organizations they lead at risk, O’Reilly says.

Field studies have shown that narcissistic CEOs are more likely to engage in fraud and other types of white-collar crime, manipulate earnings, and pursue aggressive tax avoidance. And a 2013 study of U.S. presidents found that those who scored higher on the narcissism scale were more likely to abuse their authority (not to mention, on a personal level, their marriage vows).

Along with Bernadette Doerr of UC Berkeley, O’Reilly recently published the results of three experiments showing that narcissistic people in general have lower levels of integrity — meaning their words and deeds do not align — and that that they are more likely to lie, cheat, and steal in order to prove their special status.

Ascending to a position of power only reinforces these tendencies, O’Reilly says. “Being elected or appointed to office validates their sense of entitlement. At the same time, even without narcissism, power disinhibits — it encourages people to indulge their worst instincts — so now you’ve got the two working together.”

And when narcissists do achieve some success, it reinforces their belief that they know better than others, so that they feel even more justified in ignoring the advice of experts and relying on their own instincts. “Success chips away at their hold on reality,” O’Reilly writes in his review.

Not surprisingly, studies also show that narcissists’ belief in their superiority is based on scant evidence, validated neither by objective measures of intelligence or competence nor by performance reviews from peers or subordinates. One recent paper on corporate decision-making found that grandiosity in leaders was associated with greater risk-taking but not better financial returns.

As a result, narcissists often feel they don’t receive the admiration and credit they deserve, and they can seem pathologically consumed with resentment. That can take the form of petulance, aggression, unhinged public rants, and abuse of underlings. Narcissistic CEOs often involve their firms in costly litigation. In the narcissist’s worldview, other human beings must be either acolytes or enemies.

But the gravest danger posed by such leaders is that their malignant influence guides the behavior and expectations of others — and ultimately shapes the culture of the organization or polity in their own image. Studies of businesses show that self-serving, unethical behavior at the top cascades through the organization and becomes legitimized, or at least normalized.

“Once they’re in power, narcissists consolidate their position by firing everyone who challenges them,” O’Reilly says. In their place rise a plague of toadies, opportunists, and enablers equally guided by self-interest and short on scruples. “So you end up with these individualistic cultures with no teamwork and low integrity. We’ve documented this in a bunch of Silicon Valley tech firms.”

When you join a new company, you figure out how you need to behave to fit in, he says. “If you see that the path upward requires you to scheme, suck up, and withhold information, then you have a choice: You can either do the same or not, in which case you’re going to be excluded and probably eliminated.”

He points to the struggles of Uber CEO Dara Khosrowshahi to turn the company around after its founding CEO, Travis Kalanick, was forced out. “Once you create these cultures, it’s very hard to change them. There are long-term consequences.”

O’Reilly’s hope is that by pulling together the lessons from what is now a large body of research on narcissistic leadership, we can learn to better distinguish between real transformational leaders and the self-dealing look-alikes who exploit our hopes and fears to gain power.

If you’re evaluating candidates for high office, you really need to look beyond the self-presentation, he says. “Too often, when boards select CEOs, especially outside CEOs, they do it through interviews. But interviews play to the strength of a narcissist. And you can’t just look at performance, because they can fake performance” — blithely taking credit for others’ work and even falsifying results.

“What would really be far more illuminating would be to go talk to the people who’ve worked for them and with them in the past. You have to get data from people who have seen that person operating. But that typically isn’t what happens.”

It’s up to the hiring teams and voters who select leaders, O’Reilly says, to do the proper background checks: “We’re not helpless. The information is out there.”

And as research shows, the stakes are high — because, as O’Reilly says, “These people aren’t going to change.”