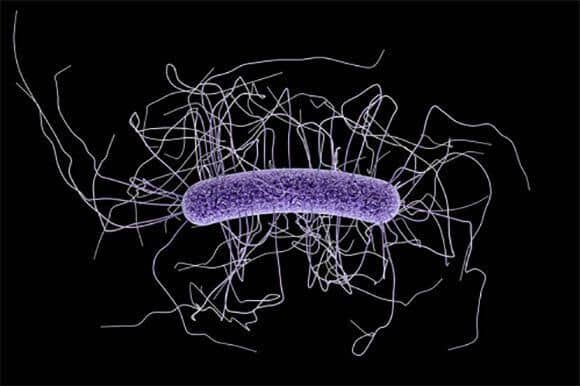 Researchers at UC San Francisco have found that extreme caloric restriction diets alter the microbiome in ways that could help with weight loss but might also result in an increased population of Clostridioides difficile, a pathogenic bacterium that can lead to severe diarrhea and colitis.

Such diets, which allow people only 800 calories per day in liquid form, are an effective approach to weight loss in people with obesity. The unexpected results of this study raise the question of how much the microbiome influences weight loss and which bacteria are significant in that process. The study appears in the June 23, 2021, issue of Nature.

“Our results underscore that the role of calories in weight management is much more complex than simply how much energy a person is taking in,” said Peter Turnbaugh, PhD, an associate professor of microbiology and immunology and a senior author on the study. “We found that this very-low-calorie diet profoundly altered the gut microbiome, including an overall decrease in gut bacteria.”

Turnbaugh and his research team leveraged a clinical trial looking at a very-low-calorie liquid diet. That trial, which resulted in successful weight loss for many of the participants, was led by Joachim Spranger, MD, a professor of endocrinology and metabolic diseases at Charité Universitätsmedizin in Berlin, and co-senior author on the Nature study.

To investigate the microbial connection between this very-low-calorie diet and shedding pounds, Spranger’s team collected and sequenced fecal samples from 80 participants – all of whom were post-menopausal women – before and after the trial, which lasted 16 weeks. The team then worked with members of the Turnbaugh lab to analyze the data and to transplant the samples into mice that had been raised in sterile environments.

The researchers allowed these mice to continue eating the same amount of food and found, to their surprise, that the rodents that had received a transplant of the post-diet microbiome lost weight.

“We drove weight loss just by colonizing these mice with a different microbial community,” Turnbaugh said.

The next step was to identify bacteria that could be responsible for the weight loss. To do that, Jordan Bisanz, PhD, a former postdoctoral fellow in the Turnbaugh lab and a first author on the study, sequenced the gut microbiomes of the test mice and compared them to those of control mice.

Bisanz discovered what turned out to be a bacterial factor behind changes in weight the team had observed: higher levels of C. difficile.

“Ordinarily we would predict increased inflammation or even colitis following an increase in C. difficile,” said Turnbaugh, who is also an investigator at the Chan Zuckerberg Biohub, Curiously, when he and his team examined the mice, they found only mild inflammation. That lack of inflammation suggests that C. diff could have important effects on metabolism that are distinguishable from the bacterium’s ability to drive severe intestinal disease.

At the same time, Turnbaugh notes, it’s not at all certain what would happen if someone stayed on the diet for a longer period of time and whether that could result in a full-blown C. difficile infection, which can be life threatening if it gets out of control.

“Let’s be clear; we are definitely not promoting C. difficile as a new weight loss strategy,” said Turnbaugh. “We’ve got a lot of biology left to unpack here.” The data raise a lot of interesting and unexplored questions about what role C. difficile is playing beyond the severe inflammatory conditions associated with it, he said.

It’s important to understand whether diet-induced changes to C. difficile level are harmful in humans, and how the balance between different microbial species in the gut is affected by different dietary choices, Turnbaugh said. Ultimately, that knowledge could allow clinicians to add or remove specific microbes in a patient’s gut to help maintain a healthy body weight.

“Multiple lines of research shows that the gut microbiome can either hinder or enhance weight loss,” said Turnbaugh. “We want to better understand how common weight loss diets might impact and the microbiome and what the downstream consequences are for health and disease.”