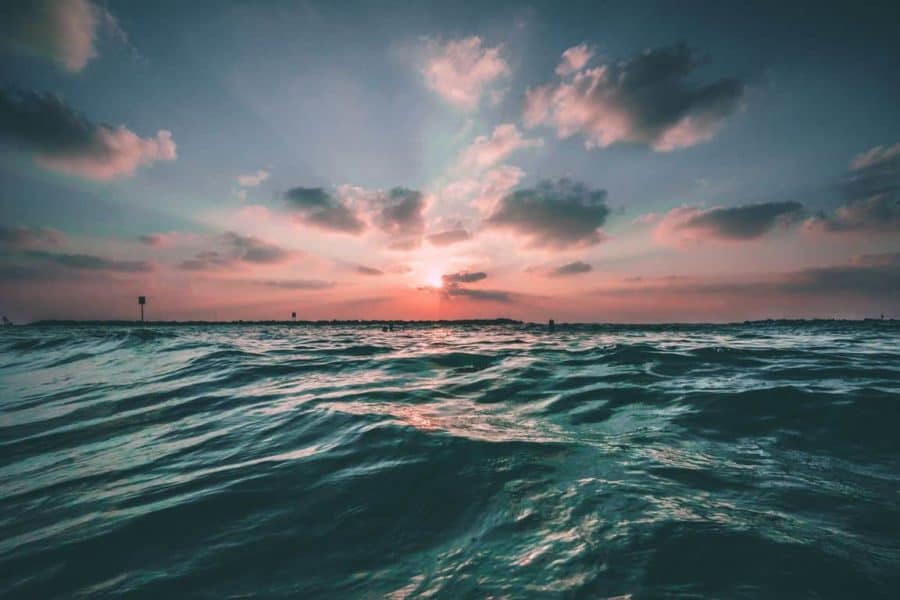 A major current of the Atlantic Ocean – which acts like a global-scaled conveyor belt and includes the Gulf Stream – may have been losing stability over the last century, research has shown.

Niklas Boers, from the University of Exeter’s Global Systems Institute (GSI), has examined the extent to which the stability of the Atlantic Meridional Overturning Circulation, or AMOC, has declined over the decades.

The AMOC transports warm water, at the ocean’s surface, northwards from the tropics into the North Atlantic, and cold water southward on the ocean’s depth. This process ensures that heat and energy are distributed around the Earth – leading to relatively mild temperatures in Europe and impacting global weather systems.

Previous studies have shown that the AMOC is currently at its weakest in more than a 1,000 years – however, questions still remain as to whether this weakening corresponds to a change in the mean circulation state, or whether it is associated with an actual loss of dynamical stability.

The new study, published in Nature Climate Change, suggests that the weakening is more likely to be associated with a loss of stability – and the AMOC could be approaching a critical threshold beyond which the circulation system could collapse.

Niklas Boers, who is also part of Exeter’s mathematics department, said: “The Atlantic Meridional Overturning is one of our planet’s key circulation systems.

“We already know from some computer simulations and from data from Earth’s past, so-called paleoclimate proxy records, that the AMOC can exhibit – in addition to the currently attained strong mode – an alternative, substantially weaker mode of operation. This bi-stability implies that abrupt transitions between the two circulation modes are in principle possible.”

Although long-term observational data of the strength of the AMOC doesn’t exist, the AMOC leaves “fingerprints” in sea-surface temperature and salinity patterns of the Atlantic ocean.

“A detailed analysis of these fingerprints in eight independent indices now suggests that the AMOC weakening during the last century is indeed likely to be associated with a loss of stability,” says Niklas Boers.

“The findings support the assessment that the AMOC decline is not just a fluctuation or a linear response to increasing temperatures but likely means the approaching of a critical threshold beyond which the circulation system could collapse.”

A number of factors are likely important for the phenomenon, that add to the direct effect that the warming of the Atlantic ocean has on its circulation.

These include freshwater inflow from the melting of the Greenland ice sheet, melting sea-ice, increasing precipitation and river run-off. Freshwater is lighter than saltwater and reduces the tendency of the water to sink from the surface to greater depths, which is one of drivers of the overturning.

Niklas Boers added: “I wouldn’t have expected that the excessive amounts of freshwater added in the course of the last century would already produce such a response in the overturning circulation.

“We urgently need to reconcile our models with the presented observational evidence to assess how far or how close the AMOC really is to its critical threshold”.

Observation-based early-warning signals for a collapse of the Atlantic Meridional Overturning Circulation is published in Nature Climate Change on August 5th 2021.