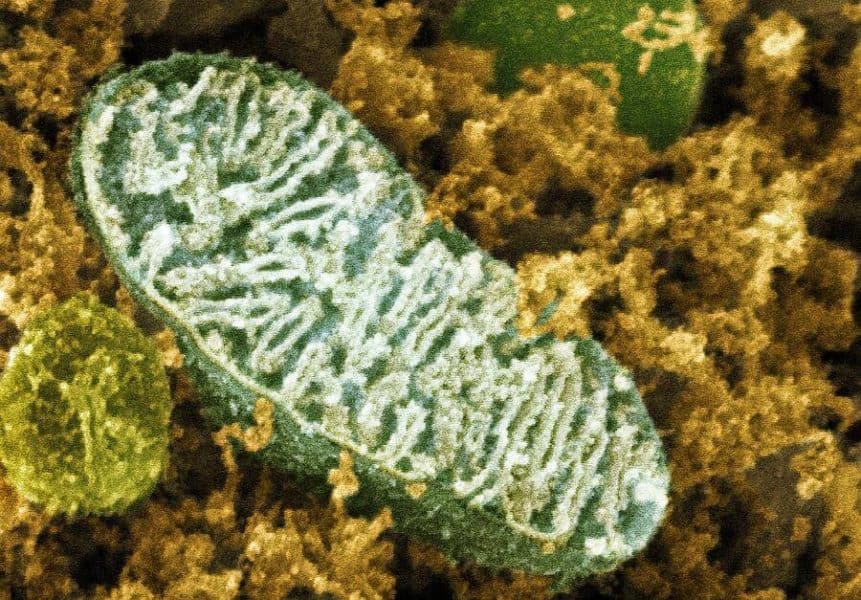 Increased oxidative damage is linked to neurodegenerative disorders such as Alzheimer’s disease (AD). Even though the pathophysiology of AD has been widely investigated, the likely relationship between mitochondrial dysfunction and the disease remains largely unknown.

A research team led by Prof. Koji Fukui from Japan’s Shibaura Institute of Technology has confirmed that AD progression is linked to oxidative brain damage, which impairs cognitive function in AD transgenic mice in an age-dependent manner.

The mitochondrial electron transport chain, which is required for generating energy during cellular processes, also produces reactive oxygen species (ROS) that attack tissue and cause oxidative damage. This damage can cause mitochondrial dysfunction and even lead to cell death. Since our brain uses more oxygen than other organs, it is more vulnerable to this ROS damage.

According to literature, ROS also causes the buildup of amyloid-β (Aβ), which marks the onset of Alzheimer’s disease (AD), a serious irreversible neurodegenerative disorder. Treatments for AD do not stop its progression, necessitating the development of new therapeutics.

In a prior study, a team of scientists found that oxidation levels were substantially higher in older rats with vitamin E deficiency than in younger rats. Furthermore, ROS production via mitochondrial oxidation could damage brain cells, implying a strong link between AD and mitochondrial dysfunction. To improve this understanding, the same group of scientists has now demonstrated that the progression of AD is closely associated with oxidative brain damage. The study, led by Prof. Koji Fukui, along with his colleagues Mr Naoki Yoshida, Mr. Yugo Kato, and Prof. Hirokatsu Takatsu, was recently published in Biomedicines. “We showed that oxidation negatively impacted the mitochondria which led to cognitive dysfunction,” explains Prof. Fukui, who is the corresponding author of the study.

The scientists used three groups of AD mice aged 3, 6, and 20 months, along with healthy controls. For testing their cognitive and coordination abilities, the mice were examined in two well-known experiments: the Morris water maze and the Rota-rod test. They discovered that the AD mice took longer to complete their maze goals but did not slow down. In the Rota-rod test, the 6- and 20-month-old AD mice stayed on the rod for a longer time, while the age-matched control mice fell quicker. Prof. Fukui explains, “The difference in fall time could be attributed to the weight difference between the two groups, as the control mice were heavier than the AD mice.” These results suggested that AD mice were cognitively impaired but did not have any coordination issues.

To identify which AD-related proteins were responsible for such cognitive impairment, the authors collected tissue samples from various parts of the brain from both groups of mice and assessed the levels of oxidative markers in the samples. First, they found that AD mice had higher levels of Aβ, with a gradual increase observed with age. To their surprise, the AD-related protein Aβ1-42 was significantly higher in the hippocampus than in other parts of the brain. However, they did not find any alterations in the levels of the tau protein, which is another marker that accumulates in AD pathology. Overall, it was confirmed that Aβ1-42 aggregation in the hippocampus caused cognitive impairment in AD mice.

The team also had speculations about ROS-induced mitochondrial damage being closely related to neuron survival. To validate their hypothesis, they determined the levels of some key mitochondrial oxidative enzymes, including nicotinamide-nucleotide adenylyltransferase (NMNAT)-3, which exhibits anti-ageing effects. While NMNAT-3 was found to be lowered, levels of 3-NT (3-nitrotyrosine), an indicator of higher oxidation, increased with age in AD mice. “With reduced levels of NMNAT-3 and higher levels of 3-NT, it is evident that oxidation causes mitochondrial dysfunction, and eventually leads to cognitive dysfunction,” comments Prof. Fukui.

The team is optimistic about the potential implications of their results, particularly in increasing the intake of antioxidant compounds that can help our bodies mitigate ROS. In fact, many natural antioxidants, such as vitamins E and C, can be obtained from dietary sources. Prof. Fukui concludes by surmising, “If mitochondria can be protected from ROS, mitochondrial function and cognitive function may be maintained. Future research should concentrate on developing diagnostic markers to detect early alterations in the brain, as well as exploring compounds with high antioxidant activity in mitochondria.”