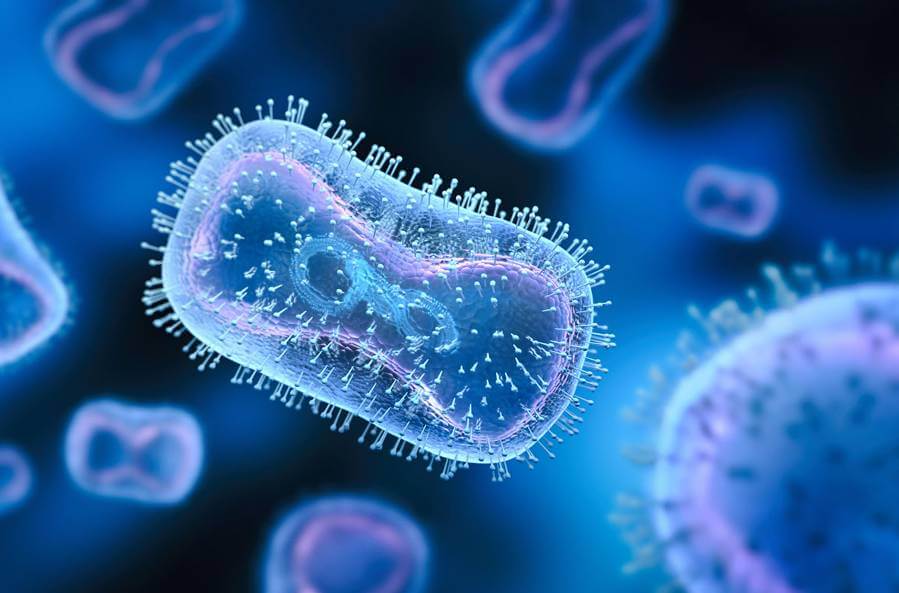 There’s even more reason to think a vaccine developed against smallpox can help the body fight against mpox (monkeypox virus disease) as well, according to researchers at La Jolla Institute for Immunology (LJI). Their new study, published in Cell Host & Microbe, is the first to provide evidence that the vaccinia vaccine MVA-BN (brand name JYNNEOS) should also train virus-fighting T cells to recognize mpox sequences.

The study comes as more than 100 countries reported unprecedented mpox outbreaks. In the United States, there have been more than 28,000 reported cases and 11 deaths attributed to mpox since May 2022.

Why we need mpox vaccine data

Although the JYNNEOS vaccine, based on a non-live attenuated orthopox virus called modified vaccine ankara (MVA), is approved to prevent mpox infection and severe disease, researchers don’t yet have clinical efficacy data from human trials. Still, researchers know that mpox virus is similar enough to other orthopoxviruses that immunization against an orthopoxvirus called vaccinia (VACV) can also train the immune system to fight mpox.

Mpox (termed “monkeypox” until recently) is a member of the orthopox family of viruses. The deadliest, of course, was variola virus,causing the disease known as smallpox. Smallpox was eradicated worldwide in 1980 thanks to a massive and successful vaccination campaign to administer the Dryvax vaccine, based on VACV.

VACV and variola virus have a lot of immune system targets (called antigens), in common. This means training the body to recognize VACV also taught immune cells to recognize variola virus. But there was a downside—Dryvax (and a newer version called Acambis 2000) had harmful side effects, especially in immunocompromised people.

JYNNEOS was designed to have a better safety profile. While the vaccine performed well in pre-clinical tests, the eradication of smallpox meant scientists couldn’t see how JYNNEOS performed in human patients in real-world infection scenarios, such as a smallpox outbreak or possible case of smallpox-based biological warfare (a concern in the early days of the Iraq War).

How a smallpox vaccine protects against mpox

For the new study, the LJI team set out to study if the viral proteins known to be targeted by T cells induced by VACV vaccination, would also be conserved in JYNNEOS and in mpox. As Grifoni explains, while antibodies are key for vaccine efficacy and preventing reinfections, T cells are essential for both preventing severe infections and “remembering” past infections.

“By recognizing infected cells, T cells are able to limit how much viruses can spread inside the body modulate disease severity, and ultimately terminate the infection” says Grifoni. “T cell responses also tend to be long lasting, and resilient to viral mutations to escape immune recognition. What we have seen in the context of SARS-CoV-2 is that even if the virus mutates somewhat, T cells reactivity is still largely preserved.”

The researchers demonstrated that the known targets of T cell responses seen in the VACV proven -efficacy vaccine, are also found in JYNNEOS and mpox, suggesting that the JYNNEOS vaccine can indeed trigger an effective T cell response against mpox infection.  The initial test of their hypothesis was based on developing viral peptide “megapools,” or reagents designed to detect T cell reactivity to mpox antigens. The experiments further showed that these megapools can be used to accurately detect specific T cells.

“Vaccines such as JYNNEOS should be able to induce T cells that also recognize mpox and can provide protection from severe disease,” says Grifoni.

Could the vaccine work in immunocompromised patients?

“The majority of mpox cases have been in men who have sex with men,” Sette explains. “In that community, a significant fraction of the people that have been infected with mpox also happened to be HIV-positive. So it is important to learn how people who are HIV-positive respond to infection and vaccination compared to HIV-negative individuals. The present study enables future study to establish this key point”

Sette emphasizes that most HIV-positive individuals are not necessarily at greater risk of mpox infection or severe disease. “We do not expect that HIV-positive individuals will respond differently to infection and vaccination, because in most cases, people who live with HIV live with a controlled HIV because of the available therapies,” he says. “Nevertheless, it’s important to provide these data to the community affected by this outbreak and to the general scientific community.”

Whether the JYNNEOS vaccine sparks a similar immune response in people with and without HIV—and the role of T cells—will have to be determined in future studies. “We also expect to see no difference in the duration of protection between HIV positive and HIV negative individuals, but that still all needs to be proven and evaluated experimentally. We are actively engaging the community most affected by the outbreak and the scientific community at large ” says Sette.

Next steps for the LJI team

Just as they’ve done throughout the COVID-19 pandemic, Sette and his colleagues hope to share their reagents freely to and spur more life-saving studies around the globe. “We want to make these reagents widely available to whoever asks,” says Sette.

This research was supported by the National Institutes of Health’s National Institute of Allergy and Infectious Diseases (Contract No. 75N93019C00001, 75N9301900065, and HHS75N93019C00076) and through a Ph.D. student fellowship from the Clinical and Experimental Immunology Course at the University of Genoa, Italy, and with support from other private foundations.