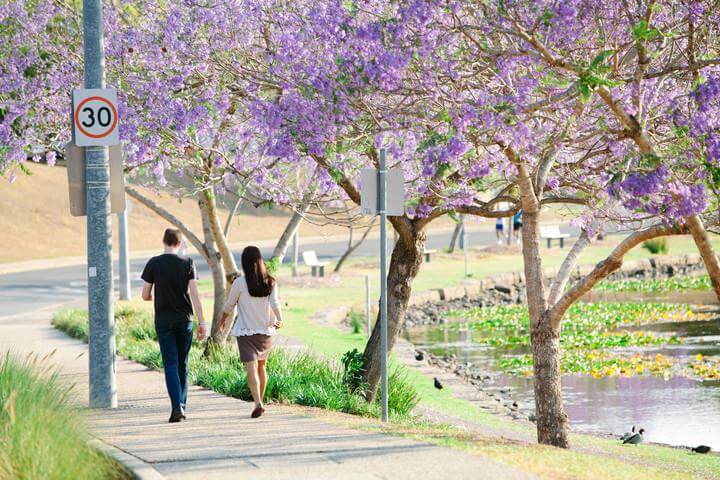 People who visit parks for 30 minutes or more each week are much less likely to have high blood pressure or poor mental health than those who don’t, according to new research by Australian and UK environmental scientists.

A study led by The University of Queensland (UQ) and the ARC Centre of Excellence for Environmental Decisions (CEED) suggests people might need a minimum “dose of nature”.

“Given that the societal costs of depression alone in Australia are estimated at $A12.6 billion a year, savings to public health budgets across all health outcomes could be immense,” she said.

“We’ve known for a long time that visiting parks is good for our health, but we are now beginning to establish exactly how much time we need to spend in parks to gain these benefits,” he said.

“We have specific evidence that we need regular visits of at least half an hour to ensure we get these benefits.”

Dr Shanahan said 40 per cent of Brisbane residents did not visit an urban park in a typical week.

“So how can we encourage people to spend more time in green space?” she said.

“We need more support and encouragement of community activities in natural spaces.

“Our children especially benefit from spending more time outdoors. Kids who grow up experiencing natural environments may benefit developmentally and have a heightened environmental awareness as adults than those who don’t.”

The research is published in Nature Scientific Reports. The research team included scientists from UQ’s School of Public Health, the University of Exeter, and CSIRO Land and Water.