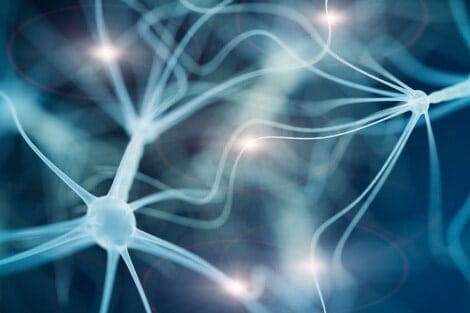 Paranoia is associated with regular tobacco smoking in adolescents after accounting for other factors like cannabis use, sleep disturbances and stressful life events, reports a study recently published to the Journal of the American Academy of Child and Adolescent Psychiatry (JAACAP). The study also provides novel insights about the underlying causes of the association.

The authors found that the co-occurrence of paranoia with tobacco use was largely explained by genetic influences. Similar results for other types of psychotic experiences were also reported, including having hallucinations and disorganized thinking, which were also associated with tobacco use in teenagers.

“While the links between drugs such as cannabis, paranoia and hallucinations have been reported before, much less is known about the relationship between tobacco use and mental health problems,” said senior author Angelica Ronald, Professor of Psychology and Genetics at Birkbeck, University of London, UK. “In particular, we do not really know why tobacco use and mental health problems often co-occur.

“In these new findings from our lab, we show that using tobacco is to some degree heritable and that some of the same genetic influences on using tobacco also play a role in experiences such as feeling paranoid. It will be exciting to pursue this finding further to unpack the mechanisms that lead to this association.”

The findings are based on the Twins Early Development Study, a large sample of twins born in England and Wales between 1994- 1996.

More than 3,700 adolescents twin pairs took part in this study when they were aged 16. Of these, 31.4 percent reported smoking cigarettes within the past year, with 12.1 percent of the sample identifying as occasional smokers and 5.2 percent as regular smokers.

Adolescents reported on their paranoia and other experiences such as having hallucinations and disorganized thinking, while their parents reported on issues such as a lack of motivation, social withdrawal, and their teenager seeming emotionally flat. These types of psychotic experiences and behaviors are common in adolescence and there is significant variability in how severe they are across individuals.

The researchers found that the frequency of adolescent cigarette smoking was associated with having experiences such as paranoia, with regular smokers having more psychotic symptoms and experiences than non-smokers and occasional smokers. The associations remained even after accounting for several other possible factors such as gender, socio-economic status, cannabis use, prenatal maternal smoking, sleep disturbances and stressful life events.

The authors urge caution in interpreting the findings. They note that the reported association between tobacco use and psychotic experiences was modest and that their study does not show whether tobacco use causes or worsens psychotic symptoms and experiences, only that they are associated with one another. Nevertheless, the findings could be important because, if confirmed, tobacco use could be a modifiable risk factor for psychosis. Adolescence is an important stage of life when the brain is still developing and individuals can be vulnerable to mental health problems including psychosis.  As such, understanding factors related to tobacco use is important and can contribute to changes in public policy.