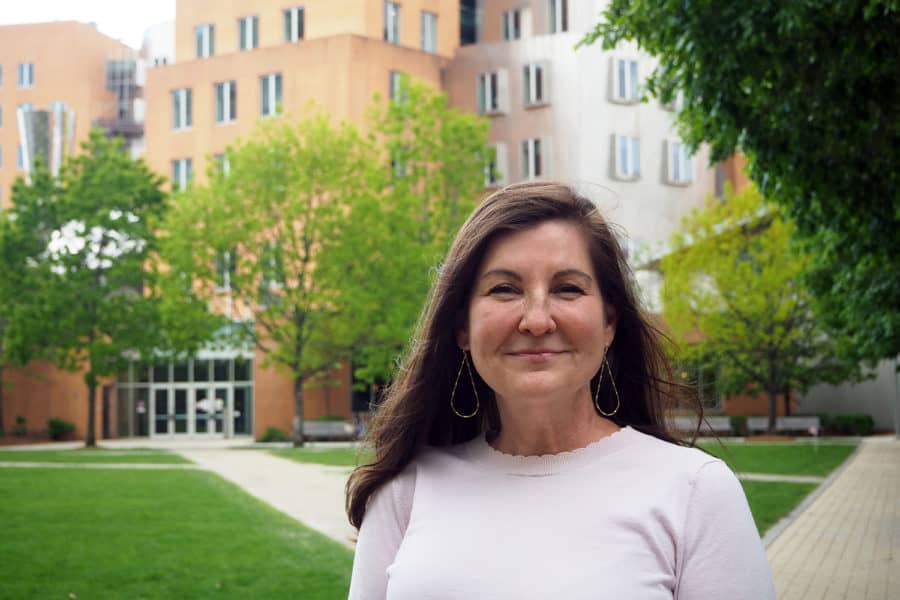 Amphibians and humans differ in many ways, but Laurie Boyer, a professor of biology and biological engineering at MIT, is particularly interested in one of those differences. Certain types of amphibians and fish can regenerate and heal their hearts after an injury. In contrast, human adults who have experienced trauma to the heart, such as in the case of a heart attack or exposure to certain medications, are unable to repair the damage. Often, the injured heart ends up with scar tissue that can lead to heart failure.

Recent research in this area now indicates that mice, and even humans, have some capacity for cardiac repair for a short period after birth. But after even just a few days of age, that ability starts to shut off. “The heart has very limited ability to repair itself in response to injury, disease, or aging,” Boyer says.

Alexander Auld, a postdoc in the Boyer Lab, studies the key cellular mechanisms that lead heart cells to mature and lose regenerative potential. Specifically, he’s interested in understanding how cardiomyocytes, the heart cells responsible for pumping blood, develop an ability to contract and relax repeatedly. Auld tests the function of proteins that serve as signals to assemble the cardiac muscle structure after birth. The assembly of these structures coincides with the loss of regenerative ability.

“I’m trying to piece together: What are the different mechanisms that push cardiomyocytes to assemble their contractile apparatus and to stop dividing?” Auld says. “Solving this puzzle may have potential to stimulate regeneration in the adult heart muscle.”

“The holy grail of regenerative biology would be to stimulate your own heart cells to replenish themselves,” says Boyer, who joined the MIT faculty in 2007. “Before this approach is possible, we need to achieve a deep understanding of the fundamental processes that drive heart development.”

Boyer’s lab studies how many different signals and genes interact to affect heart development. The work will enable a better understanding of how faulty regulation can lead to disease, and may also enable new therapies for people suffering from a variety of heart conditions.

Recently, Boyer’s lab has been studying heart development in people with Trisomy 21, or Down syndrome. Every year, 6,000 babies born in the United States have Down syndrome. Around half have heart defects. The most common heart defect in babies with Down syndrome is a hole in the heart’s center, called an atrioventricular septal defect. It is often repaired with surgery, but the repair can cause scar tissue and cardiovascular complications.

Somatic cells are those that compose an organism’s body; they differ from sex cells, which are used for reproduction. Most people have 46 chromosomes, arranged in 23 pairs, in their body’s somatic cells. In 95 percent of cases, Down syndrome results when a person has three copies of chromosome 21 instead of two –– a total of 47 chromosomes per cell. It’s an example of aneuploidy, when a cell has an abnormal number of chromosomes. Cellular attempts to adapt to the extra chromosome can cause stress on the body’s cells, including those of the heart.

MIT’s Alana Down Syndrome Center (ADSC) brings together biologists, neuroscientists, engineers, and other experts to increase knowledge about Down syndrome. ADSC launched in early 2019, led by Angelika Amon, professor of biology and a member of the Koch Institute for Integrative Cancer Research, along with co-director Li-Huei Tsai, Picower Professor and director of the Picower Institute for Learning and Memory. Amon died at age 53 in 2020 after a battle with ovarian cancer. At MIT, Amon had studied the effects of aneuploidy on cells.

“In my many wonderful scientific and personal discussions with Angelika, who was a beacon of inspiration to me, it became clear that studying Trisomy 21 in the context of heart development could ultimately improve the lives of these individuals,” Boyer says.

To conduct their research, Boyer’s group uses human induced pluripotent cells (hiPSCs), obtained through somatic cell reprogramming. The revolutionary technique was developed by Sir John B. Gurdon and Shinya Yamanaka, who in 2012 won the Nobel Prize in Physiology or Medicine for their work. Reprogramming works by converting specialized, mature somatic cells with one particular function into specialized, mature, cells with a different function.

“We can now begin to pinpoint the faulty signals and genes in Trisomy 21 cardiac cells that affect heart development,” Boyer says. “And with that same idea, we can also discover how we might actually be able to ameliorate or fix these defects.”

With this technique, the team can track how aspects of a specific patient’s cell development correlate with their clinical presentation. The ability to analyze patient-specific cells also has implications for personalized medicine, Boyer says. For instance, a patient’s skin or blood cells –– which are more easily obtained –– could be converted into a highly specialized mature cell, like a cardiac muscle cell, and tested for its response to drugs that could possibly cause damage to the heart before they reach the clinic. This process can also be used to screen for new therapies that can improve the outcome for heart failure patients.

Boyer presented the group’s research on Down syndrome at the New England Down Syndrome Symposium, co-organized in November 2020 by MIT, ADSC, Massachusetts Down Syndrome Congress, and LuMind IDSC Foundation.

Heart of the operation

Boyer’s lab employs students at the undergraduate, graduate, and postdoc levels from engineering, life sciences, and computer sciences –– each of whom, Boyer says, brings unique expertise and value to the team.

“It’s important for me to have a lab where everyone feels welcome, and that they feel that they can contribute to these fundamental discoveries,” Boyer says.

The Boyer Lab often works with scholars across disciplines at MIT. “It’s really great,” Auld says. “You can investigate a problem using multiple tools and perspectives.”

One project, in partnership with George Barbastathis, a professor in mechanical engineering, uses image-based machine learning to understand structural differences within cardiomyocytes when the proteins that signal cells to develop have been manipulated. Auld generates high-resolution images that the machine learning algorithms can analyze.

Another project, in collaboration with Ed Boyden, a professor in the Department of Biological Engineering as well as the McGovern Institute for Brain Research, involves the development of new technologies that allow high-throughput imaging of cardiac cells. The cross-pollination across departments and areas of expertise at MIT, Boyer says, often has her feeling like “a kid in a candy shop.”

“That our work could ultimately impact human health is very fulfilling for me, and the ability to use our scientific discoveries to improve medical outcomes is an important direction of my lab,” Boyer says. “Given the enormous talent at MIT and the excitement and willingness of everyone here to work together, we have an unprecedented opportunity to solve important problems that can make a difference in people’s lives.”