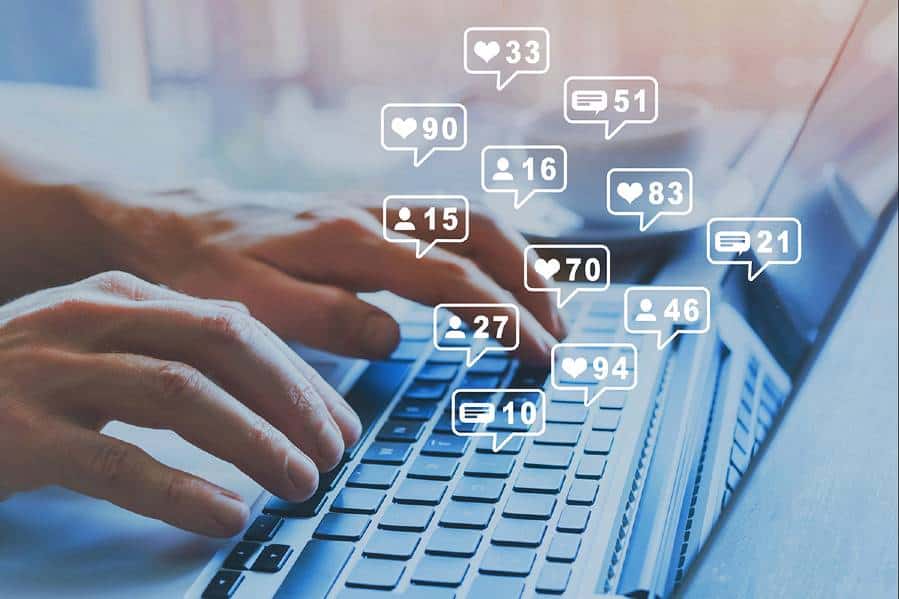 Disagreement may be a powerful way to get people to pay attention to messages. Image credit: Adobe Stock

Disagreement seems to spread online posts faster and further than agreement, according to a new study from the University of Central Florida.

The finding comes from an examination of posts labeled controversial on social news aggregation site Reddit. To perform the study, the researchers analyzed more than 47,000 posts about cybersecurity in a Reddit dataset that was collected by the Computational Simulation of Online Social Behavior (SocialSim) program of the U.S. Defense Advanced Research Projects Agency.

Researchers found that these posts were seen by nearly twice the number of people and traveled nearly twice as fast when compared to posts not labeled controversial. The findings were published recently in the Journal of Computational Social Science.

Reddit is one of the most visited websites in the U.S. A post is labeled controversial by a Reddit algorithm if it receives a certain number of polarized views, or a moderator can label a post with any number of comments as controversial.

The posts analyzed in the study included topics that wouldn’t be considered traditionally controversial but were labeled as so by Reddit, such as a personal computer giveaway offer.

The research is important because it shows that disagreement may be a powerful way to get people to pay attention to messages, says study co-author Ivan Garibay, an associate professor in UCF’s Department of Industrial Engineering and Management Systems.

However, he advises caution to those inducing disagreement in their social media posts.

“There may be an incentive in terms of influence and audience size for a social media user to consistently include controversial and provocative topics on their posts,” Garibay says. “This benefits the person posting the messages. However, controversial comments can be divisive, which could contribute to a polarized audience and society.”

“To give this idea life, you may like a recent ad for Toyota, and I may not,” Zemack-Rugar says. “This will not make it controversial. But if the ad featured Colin Kaepernick, as the Nike ad did in 2018, after he recently refused to recite the national anthem during his games, now we are talking controversial. There is an underlying tone that is much deeper and more meaningful.”

Reddit posts are also more akin to word-of-mouth communication since they are user generated and not paid advertising, she says.

The study’s findings are consistent with past research that has found that traditional controversy increases the spread of word of mouth and discussions online, especially when contributions are anonymous, as they somewhat are on Reddit, Zemack-Rugar says.

Of the more than 47,000 posts, approximately 23,000 posts were labeled controversial, and about 24,000 were noncontroversial.

The researchers found an association between controversially labeled comments and the collective attention that the audience paid to them.

The researchers limited posts in their analysis to those that had at least 100 comments.

Jasser Jasser, a doctoral student in UCF’s Department of Computer Science, and the study’s lead author, says the findings highlight the need to better understand why the content labeled in Reddit as controversial spreads.

“The next step in this work is to analyze the language used to induce such controversy and why it brings the attention of the social media users,” Jasser says.

Study co-authors were Steve Scheinert, a senior solutions specialist with a professional services company and Alexander V. Mantzaris, an assistant professor in UCF’s Department of Statistics and Data Science.

The study was funded with support from the Defense Advanced Research Projects Agency.

Garibay received his doctorate in computer science from UCF. He joined UCF’s Department of Industrial Engineering and Management Systems, part of UCF’s College of Engineering and Computer Science, in 2016.