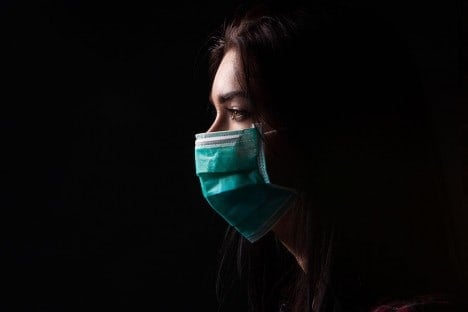 High court juries can detect when someone is lying even when they’re wearing a face mask, according to new research analysis by the University of Portsmouth.

Not only do face masks not hinder jurors’ ability to decide if a witness is reliable, they make it easier to discern lies from truth.

Professor Aldert Vrij from the Department of Psychology, and Dr Maria Hartwig from the John Jay College of Criminal Justice explored how deviations from normal court procedures, including mask mandates and virtual courtrooms, have impacted the lie detection ability and decision making of juries.

Professor Vrij, a world leading expert in lie detection whose work is used by police forces and others worldwide,  said: “In some ways we deliver good news. It does not seem that the measures to counter the spread of the COVID19 virus will negatively impact juries. Provided jurors are able to clearly hear the defendant and their speech is not muffled by the mask, there is no reason for concern.

“In other ways we draw attention to fundamentally problematic aspects of lie detection, in particular, the fact that non-verbal behaviour is not helpful. It may suggest that the future lies in exploring how to translate science based interviewing and interrogation protocols to the courtroom, to draw more accurate lie detection results from jurors.”

The paper, published in the Journal of Applied Research and Memory and Cognition reviewed hundreds of studies on deception, concluding that face masks do not hamper a jury’s decision making. Researchers found that facial expressions and other forms of non-verbal behaviour, are an unreliable indicator of deceit, and masking these actions actually improves a jury’s ability to differentiate between truth and lies.

Professor Vrij analysed a collection of studies that explored how well observers were able to detect deceit using non verbal behaviours, and found that only half of the lies told were correctly identified, a result within the margin of chance rather than lie detection accuracy.

The researchers realised that whilst some behaviours such as demeanour and facial expression can be perceived as more suspicious than others, liars know this, and can easily mask lies using behaviours and gestures that make them appear genuine.

Only one study directly explored the role of facial coverings in court proceedings, which found that depriving a jury of non-verbal behaviours was beneficial. The study examined how niqabs impact ability to detect deception, finding that observers were much better able to identify a lie when targets, or defendants, were wearing niqabs than when they were not. By taking away the distraction of non-verbal behaviours, observers had to rely on speech content, which turned out to be better for detecting lies.

Mask mandates are not the only precaution taken to prevent the spread of COVID19 in the courtroom, with some proceedings being held virtually. From a variety of studies that questioned how deception could be detected in person or via recording, researchers concluded that there is no evidence to suggest that virtual courtrooms are a cause for concern, with deceit detection accuracy remaining at similar levels in both settings.

Professor Vrij and Dr Hartwig were able to use existing research to conclude that COVID19 precautions would not negatively impact court proceedings. However, they were also able to identify gaps in the research and pose questions that need to be addressed, as the judicial system continues to navigate through the pandemic.

Professor Vrij said: “With only one existing study on how face coverings impact lie detection, it is clear more research needs to be done to address questions and concerns around how the pandemic is impacting the justice system.”