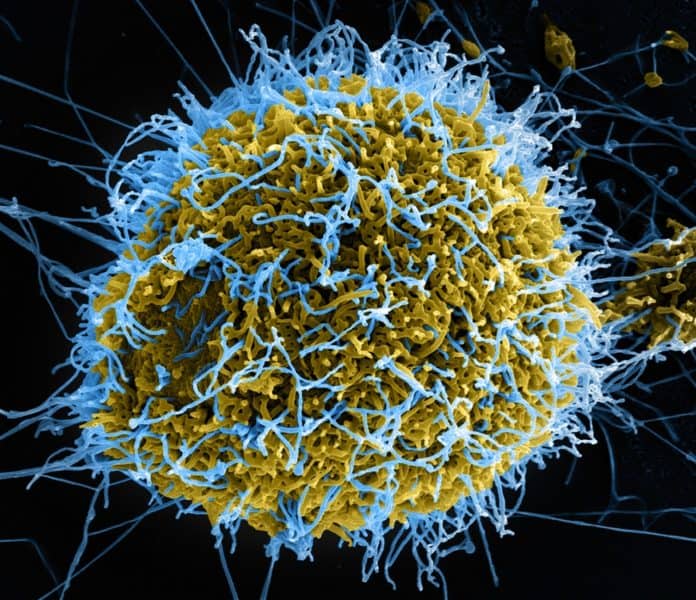 At the February 11, 2022 opening of the Conference on Retroviruses and Opportunistic Infection, researchers at University of California San Diego School of Medicine presented data that suggests a new HIV outbreak in Tijuana, Mexico, driven in part by “drug tourism” unabated by the closure of the international border due to the COVID-19 pandemic.

“These rising rates occurred during a period when the U.S.-Mexico border was closed to non-essential travel (March 2020-November 2021),” said Steffanie Strathdee, PhD, associate dean of global health sciences and Harold Simon Professor in the Department of Medicine, who has been monitoring binational public health issues for more than a decade.

“They are fueled by undiminished drug tourism — people in the United States traveling to Mexico, often for extended periods, to buy and use cheaper, more accessible drugs. Obviously, viruses don’t require passports to spread and walls don’t keep out infectious disease. We need to bolster HIV prevention efforts on both sides of the border.”

Migration and mobility have long been key contributors to HIV transmission, particularly among PWID who are vulnerable to HIV. The San Ysidro Port of Entry, which separates San Diego from Tijuana, is considered the busiest land border crossing in the Western Hemisphere, processing approximately 10 million pedestrians and 15 million vehicles carrying 25 million passengers annually. It is the fourth busiest in the world.

For years, HIV incidence in Tijuana had been stable or declining, in part due to a multi-million dollar effort by the Global Fund for HIV, tuberculosis and malaria to support safe need and syringe exchange programs in the country and other public health measures; but that funding ended in 2013. Some of Mexican government funding to community-based organizations providing HIV services to marginalized populations was reduced in 2019. The emergence of the COVID-19 pandemic in 2020 diverted more resources away from HIV prevention and treatment efforts, making an already vulnerable population even more vulnerable. According to Gudelia Rangel, PhD, co-director of this study and researcher at El Colegio de la Frontera Norte and US-Mexico Border Health Commission, “It’s important to understand that public health issues like this are binational in nature. Viruses don’t stay in one place, and we need to work closely with partners on both sides of the border to find adequate resources.”

The researchers said the findings underscore the urgency of restoring and expanding efforts such as mobile needle exchange programs and greater access to tailored health services providing antiviral therapies and pre-exposure prophylaxis (PrEP), medications that significantly reduces the chances of HIV infection for persons at high risk.