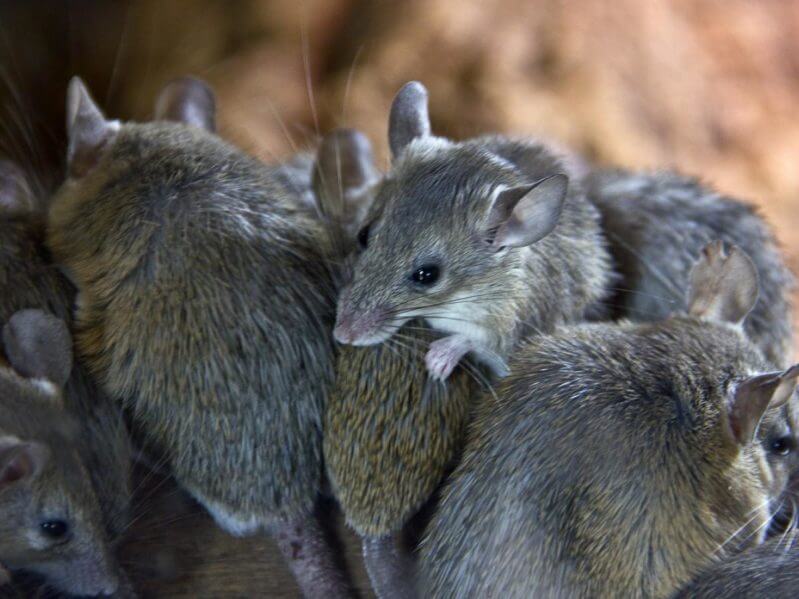 Researchers at the University of Adelaide have released their first findings on the potential effectiveness of revolutionary gene drive technology to control invasive mice.

The team has developed a world-first proof of concept for the technology – called t-CRISPR – using laboratory mice.

The results of the study have been published today in the prestigious international journal, Proceedings of the National Academy of Sciences , USA.

“This is the first time that a new genetic tool has been identified to suppress invasive mouse populations by inducing female infertility,” said lead researcher Professor Paul Thomas from the University of Adelaide, and the South Australian Health and Medical Research Institute (SAHMRI).

“The t-CRISPR approach uses cutting-edge DNA editing technology to make alterations to a female fertility gene. Once the population is saturated with the genetic modification, all the females that are generated will be infertile.

“We are also developing new versions of t-CRISPR technology that are designed to target specific pest populations to prevent unwanted spread of the gene drive.”

“Up until now, this technology has been aimed at insects to try and limit the spread of malaria, which causes up to 500,000 deaths worldwide per year,” Mr Gierus said.

“The use of t-CRISPR technology provides a humane approach to controlling invasive mice without the release of toxins into the environment. We are also working on strategies to prevent failed eradication due to the emergence of gene drive resistance in the target population.”

“This is the first time that a new genetic tool has been identified to suppress invasive mouse populations by inducing female infertility.”Lead researcher Professor Paul Thomas from the University of Adelaide, and the South Australian Health and Medical Research Institute (SAHMRI).

Professor Thomas said the research team had worked closely with Australia’s National Science Agency CSIRO, the Centre for Invasive Species Solutions, the Genetic Biocontrol for Invasive Rodents (GBIRd) consortium and the US Department of Agriculture to consider next steps towards safely implementing the new technology.

“Our broader project includes consideration of societal views and attitudes, and is integral to our ongoing research relating to this gene drive,” Professor Thomas said.

CSIRO Group Leader for Environmental Mitigation and Resilience Dr Owain Edwards added: “This particular prototype has been designed to be highly specific for mice, but it is also evidence that gene drives can be developed against other invasive pest animals.

“As part of this research, we conduct the safety assessments for this technology to the highest standards. Because this is the first prototype for a vertebrate gene drive, interested stakeholders will include many from the international community.”

The research was supported by the South Australian Government and NSW Government.

South Australian Deputy Premier, the Hon. Dr Susan Close MP said: “These promising findings demonstrate how gene drive technology may be a game changer in managing the impacts of mice on our environment, community, and agricultural sector.

“This cutting-edge research also highlights the global leadership of the South Australian research sector, in finding solutions to social, environmental and economic challenges.

“The South Australian Government is proud to have supported this proof-of-concept, having granted the University of Adelaide $1 million through the Research and Innovation Fund.”